I’m Salty Before and After Coffee.
Witnessing. by Michele

I will always be in the mood to minister. Michele

We always have to be in the mood to witness and minister, the Bible said in season and out of season

While in Memphis TN, I had several people tell me that they liked my shirt, “I’m salty before and after coffee.” The spirit told me to ask someone randomly what the shirt meant to them and also that it would be a great opportunity to witness, So I asked a young lady at a restaurant to read my shirt, and I asked her what did she think the shirt meant, she said: “I think it means you’re moody all the time?” I said no, that’s not what it means, so I proceeded to tell her what it (really) meant. When the young Lady gave me her answer, I told her what inspired me to create the shirt.

The shirts inspiration came from Matthew 5:13 and my love for coffee along with a sense of humor. I said the Bible has a scripture in Matthew 5:13 that talks about us being salty, that we are the salt of the earth, that we should season others peoples lives with telling them about the salvation of Jesus. So with her saying the word moody it prompted me to do a message about we should always be in the mood to witness when God leads us. The worlds salty is moody, Gods salty is being in the mood to minister at all times.

We as Christians should always be in the mood for witnessing; the Bible states that we should minister in season and out of season. 2 Timothy 4:2 NLT. “Preach the word of God. Be prepared, whether the time is favorable or not. Patiently correct, rebuke, and encourage your people with good teaching.”. We should always be in the mood to help someone in need. I also want to state that in Matthew 5:13. “You are the salt of the earth. But what good is salt if it has lost its flavor? Can you make it salty again? It will be thrown out and trampled underfoot as worthless.” In other words, let us make our Salvation count by doing what Jesus did, help save someone. They might not like the truth, but as long as you are saying it in love, its ok. In closing, I’m going to give you the truth before and after I’ve had my coffee, lol!

Gratitude Is My Attitude 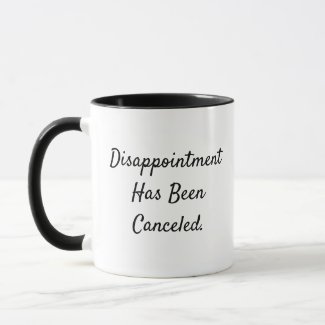 Disappointment has been canceled mug

To purchase click on the link below!
Gratitude Is My Attitude Coffee Cup
by QuoteMeCustomized

😍😍😍 was my reaction when my Baby sister @niknacole sent these to me!! My oh so gorgeous niece @adorablybrooklee aka future model ❤ wanted this shirt so she took it from her mommy! Lol, my sister said she won’t get out of it. So to my little niece Auntie got you, 😘 I’m going to make these in kids sizes just because of you😙 Thanks so much Baby sister for your support ❤ #kidmodel #gorgeouskids7 #support #love #fashion #fashionandkidz #fashionandfaith

New Collection Slay Blessed- THIS IS MY BLESSED LOOK

Quote of the Week

Love is a gift that is to be given away. Michele Benson

Man 🙌 Thank you so much ❤😘 very encouraging and uplifting 😇 repost via @instarepost20 from @bmackwrites In 2019, I QUIT! Swipe Left...God Vibes Only T-shirt is from @quotemebymichele #powerful #positivethinking #2019goals
God Vibes Only over Good Vibes Only!! (This is one of my Tshirt designs!!) #peaceofmind #power #love #BLESSED #grateful #faithtees #quotemebymb #armyofthelord #thankful
God Vibes Only😇🙌🙏❤🎉
Thought I do me and that's different. No mistake, I like good vibes but God Vibes is better! #peace #love #joy #jesus #fashionstyle #nike #BLESSED
Look at this handsome little fella wearing a custom-made onesie I designed just for him😍 he's my friends baby boy @_yblessedwill he's so cute😘 #onesies #beatifulmixedkids #babies #cute #babystyle #handsome #beatifulbaby
Shout out to my Beautiful niece Avery Doll 😍 for sporting our Tee Grateful Child ❤😘 #model #beatiful #tshirt #christiantees #supportsmallbusiness #spiritualtees #gorgeous #faithtees

"Quote Me" by Michele
Powered by WordPress.com.